Why Use Helmke Drum Test for Particle Shedding of Cleanroom Garments Cleanliness Classification?

In this article, we will discuss about the reason for using helmke drum test and test machine in the following contents.

What is a cleanroom environment?

Cleanroom environment is space with controlled airbone particles concentration and airflow by air filtration or other system. It is aim to provide a controlled level of particles per cubic meter at a specified particle size and to minimize the introduction, generation, and retention of particles inside the room. 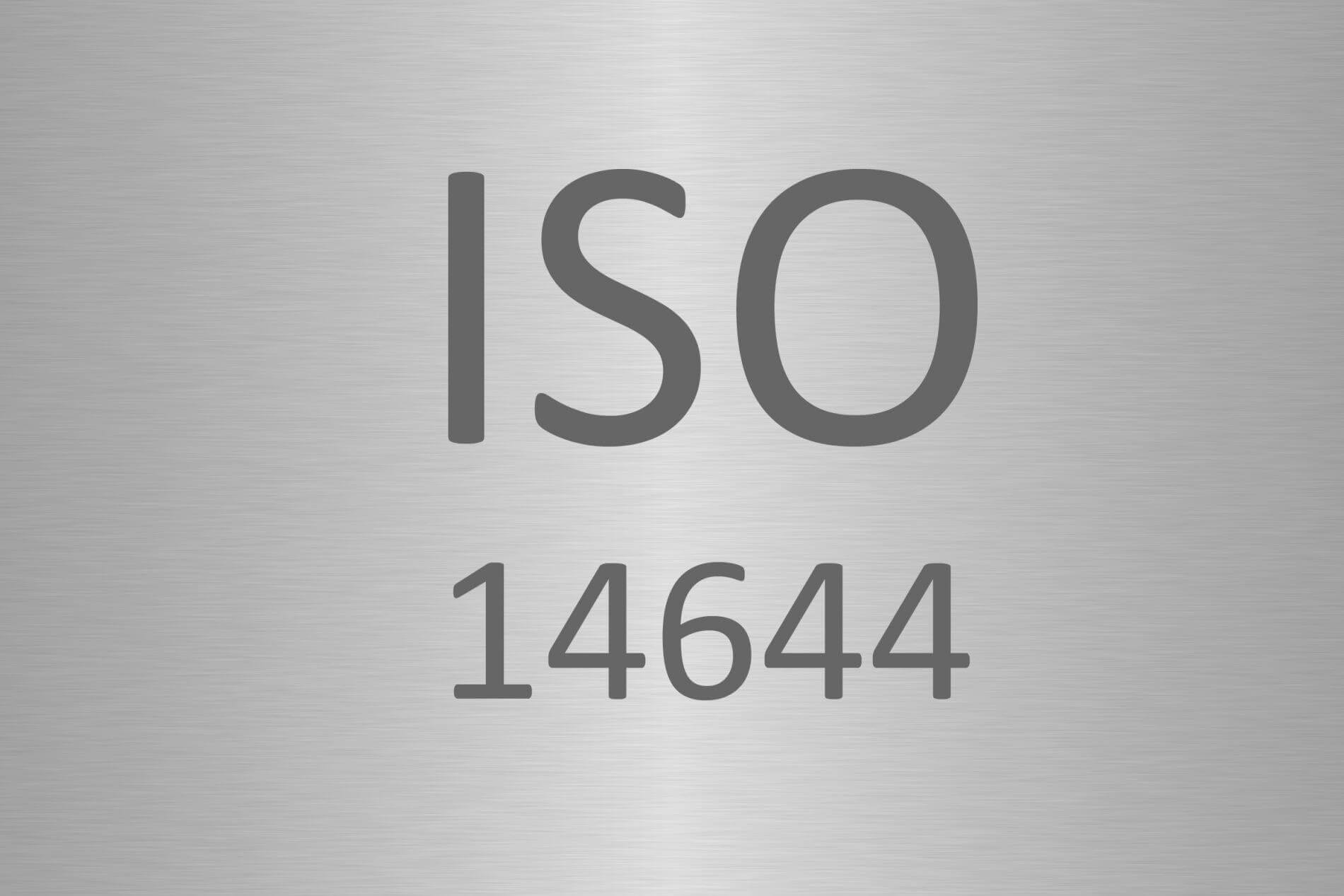 ISO 14644 specifies the classification of air cleanliness by particle in cleanroom is one of the standards to provide detailed requirements for cleanroom and associated controlled environment.

Operating helmke drum test is a supplementary method to minimize the particle generation and keep the cleanroom environment.

What is the airbone particles in cleanroom?

The airbone paticles in cleanroom is considered as contamination and the contamination control is very important for pharmaceutical industry, medical device industry, semiconductor industry, data storage and others. 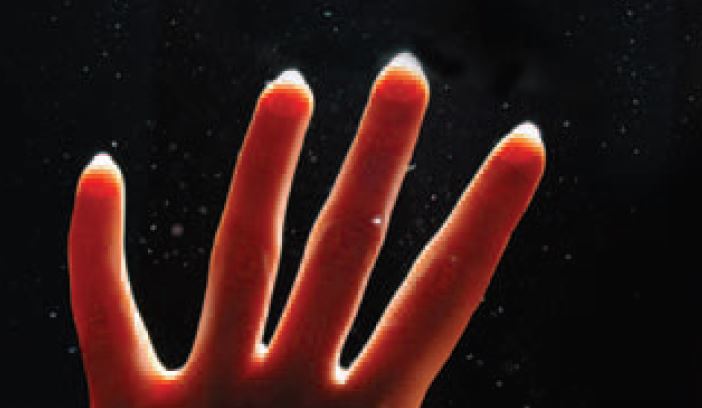 The airbone particles as contamination can be from people in cleanroom, supply air for cleanroom, room surface, production process and all the other subjects in the cleanroom. Among the sources of contaminations, people are the major source of contamination and generate 80% of the particles. There are skins flakes, microorganisms, respiration, old hair, hair regenerates, cosmetics particles, textile fibers, dust and others.

These particles remain suspended in air or fall only slowly under gravity. The can travel great distances. They can be damaging to products in cleanroom either physically or chemically. As a threat to biomedical products, micro-organisms are leading contaminations for biomedical products by harmful exotoxins and endotoxins.

The major functions of cleanroom garments include: 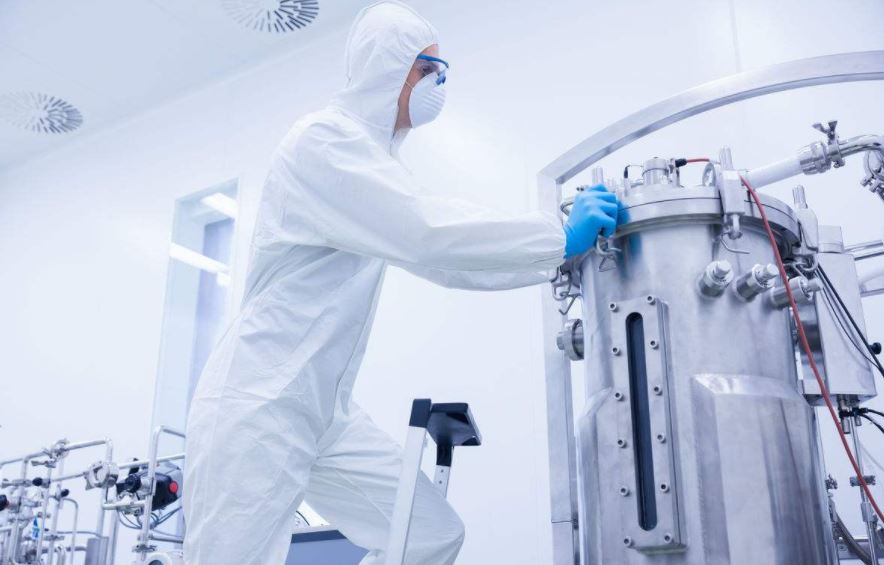 The cleanroom garments include body garments (coats, trousers, coverall), headgear (hood, facemarsks), gloves and footwear (shoe covers, boots) are aim to protect the cleanroom environment and products from contamination generated by people. At the same time, the garments should follow the requirements that generate low contaminations when they can become a course of the airbone particles.

The cleanroom garments should have low garments shedding particles and also have great quality to prevent the particle penetration through the textile, openings or seams of the garments.

In addition to protection for contamination from people and garments themselves, the cleanroom garments require wearing comfort, easily cleanable property, withstand washing and sterilization, basic strength and abrasion resistance, even the desirable electrostatic properties.

The main methods for cleanroom garments

One function for cleanroom garments is to protect the cleanroom environment by preventing the particle generated by people who work in the cleanroom.

Tested sample is clamped in a holder and controlled, particle-challenged air is passed through it at a certain pressure drop across the fabric. The test is to determine the ability of the fabric to filter particles generated by the wearer by testing the air on both sides of the fabric with an automatic particle counter. By counting the number of paticles on both side of the tested sample, operator will know the filtration efficiency of fabric and the penetration resistance property of the garments by comparing the ambient particle concentrations and size distribution.

The penetration method is designed to fabrics with some porosity but not the coated fabrics. And it is designed for evaluating the property of fabric structure, it is not suitable for protection performnce or product quality of seam.

Body box test is also a test method to determine the protective performance of preventing the particle generated by people who work in the cleanroom.

But body box test is to simulate the real usage of the garments. A volunteer wearing the test garments have certain exercises in a controlled chamber. By measuring the particle concentrations in the chamber with or without the volunteer, particle dispersion rate of generic paricles or microbe-carrying particles released from the garments under the test. 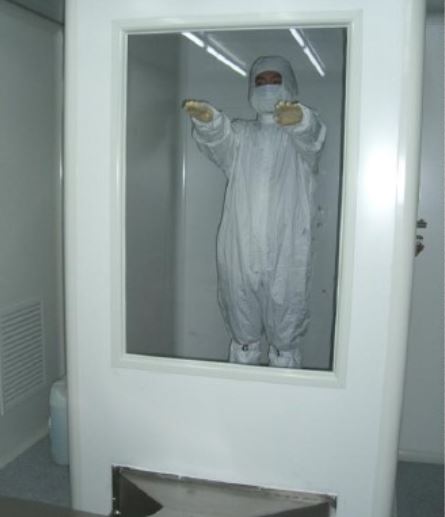 Body box test for particle dispersion is the for determining relative differences between various sets of garments. It is not an absolute indication of the number of particles or microbe-carrying particles dispersed, as different individuals generate and shed particles at different rates.

At the same time, it is limited by the efficiency of containment of the particles burden generated by the wearer and the reproducibility of their movements.

Helmke drum tester is used to quantify particle dislodged from garments through the application of mechanical energy under dry conditions as a means of simulating particle shedding from the surface of the garment during use.

But helmke drum test method and body box test method are all dynamic test which can simulate the real usage of garments in the cleanroom environment.

ASTM F51 test is the sizing and counting particulate contaminant in and on clean room garments. It is for determination of paticles 5μm or larger which are in or on the fabric of cleanroom garments. 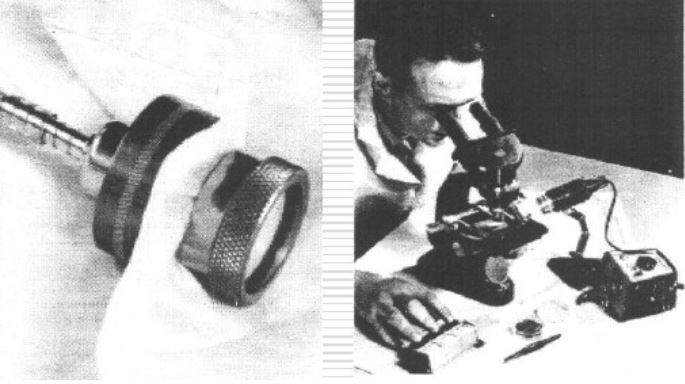 This method is also a nondestructive method and for evaluating the cleanliness levels of new and newly cleaned garments. It is also may be used to evaluate the extent of fiber and particle contamination on garments that have been worn.

ASTM F51 test is designed to use microscopic counting protocol as the original.

What is the function of helmke drum test and why it is so important among the tests?

Helmke drum test is widely used by cleanroom laundries, or garment processors, to determine the efficiency of the cleaning process. Helmke drum test can provide more realistic test data than tranditional wet test methods because of it breaks the static charge that can hold particles on the surface of the dry test item.

So helmke drum test as one of the dry tests is widely used for gloves, wipers, coveralls and others’ tests of mircrocontamination levels and certified prior to use in cleanroom or other controlled environments. And it provides results that are more realistic to thoese interested in an item’s potential for causing contamination in a dry environment.

As a more operational and easy evaluation method for cleanroom, helmke drum test is appropriate in most cases.

1 reviews for Why Use Helmke Drum Test for Particle Shedding of Cleanroom Garments Cleanliness Classification?