Local time November 21st, Trump expounded his next year 100 days in power plan after taking office on January 20th, 2017 by ordinary video. He said that, he will issue executive orders for exiting the trans-pacific partnership namely the TPP on the first day of the office. He said that the TPP is a potential disaster for the United States.

TPP is not for the textile industry trade negotiations, but as many members take serious for textile industry, the arrangement still attracts many attentions in textile industry. Especially for the traditional and newly-developing textile export countries. It may be bad news for textile companies in Vietnam, because the zero-tariff treatment and country-of-origin rule are very important for export industry.

Trump call TPP agreement as ‘bad deal’ because he believes it is a threat for the United Stated business. Exiting the trans-pacific partnership will reduce the trade deficit and increase employment positions. Exiting the TPP, America will open the door for creating equal opportunities for many export countries. 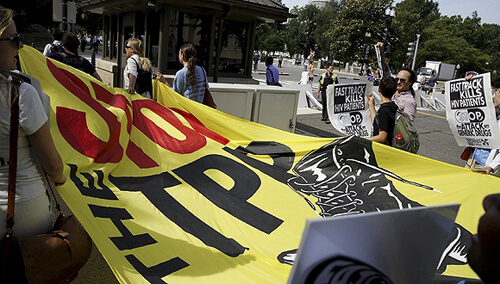 It will be chances and challenges for textile companies all over the world. In view of the TPP and the main difficulties and problems of textile and clothing industry, the industry must take the initiative to find a solution to breakthrough it.