We have seen many sporting goods companies including Adidas, Nike, in the field of environmental protection has made its own contribution, and now another well-known sporting goods company Reebok has also joined the ranks. Recently Reebok announced a new project called “Cotton + Corn”, intended to launch in the market with these two kinds of plant production of sports shoes. “Cotton + Corn” project is the Reebok team’s vision for the future, and now has produced a pair of environmentally friendly casual shoes, of which the upper is made of organic cotton, the amount of soles are made through corn. 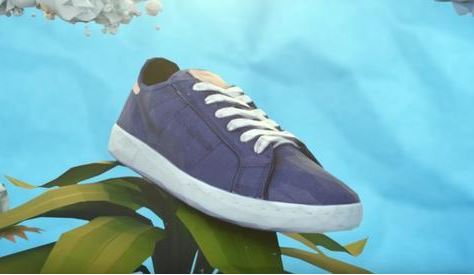 But now Reebok did not provide further details on the plan, but released a video show a bit. But this pair of shoes will be officially launched in 2017 to the market, now do not know.

According to Reebok introduced, this pair of sports shoes using industrial corn and organic cotton and other materials, and the price will not “rise”. Reebok future project leader Bill Mclnnis said the company’s goal is to provide a greater range of options, and in the shoes were worn badly or discarded after the direct degradation into fertilizer, will not affect the environment.

Reebok has now started working with DuPont Tate & Lyle Bio Products to plan for more environmentally friendly sports shoes with degradable properties. At present, most of the sports shoes are thrown away, the fate is directly into the garbage disposal, and this is Reebok hope to change the situation.

At present, the price of this cotton-corn shoes and the specific time to market are not officially announced by Reebok.