Swedish fast fashion group H & M has said that it will  achieve all the raw materials from recycling or other sustainable materials before 2030, which is the brand in its 2016 sustainable development report one of the goals.

It also mentioned in this report that it will achieve 100% sustainable use of sustainable cotton by 2020, and 100% use of renewable energy for all operational sectors by 2040.

In addition, H & M at this time in Beijing at this time to do a series of environmental protection limited edition, for its 2016 world old clothes recycling week warm. It is reported that during the event, consumers can be idle clothing to the world more than more than 3600 H & M stores. Also last year,
Zara parent company Inditex Group has also launched an environmental project, including the development of new materials and a wide range of recycling programs in Spain. 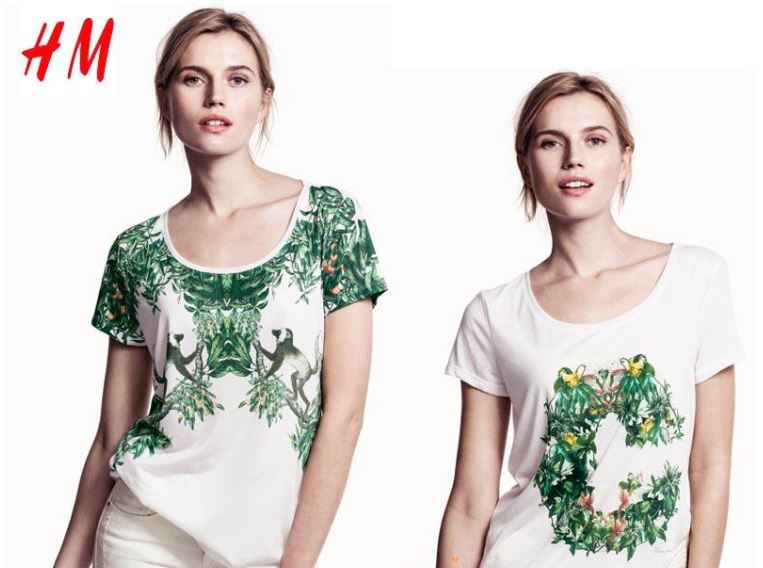 However, as early as 2011, H & M has launched a series of environmental awareness, the use of organic cotton, organic linen, Tencel and polyester fiber and other environmentally friendly materials. In 2013, the brand also launched a plan to recycle old clothing, the user can leave the old clothes in the H & M shop.

Anna Gedda, head of sustainable development at H & M, said: “In the current apparel industry, the relevant practitioners are increasingly interested in sustainable development, including consumers, shareholders, brands, etc. For us, The industry is longer and most important for the next 30 years, not three years now.

According to H & M announced that in the last year, the brand used in the material, 26% are from the recycling and green materials. But Gedda said, “these environmentally friendly materials supply is not enough to meet the needs of the future industry, and now only a small part of the product can be made of old materials, such as denim can. However, because of this fabric structure is still more complex , We must also mix some new materials in the process of making a new system, and in the future we want to simplify this step.

Although critics are saying that the fast fashion industry model is still on the rise, but the amount of production and consumption is also growing, which for the environment and sustainable development strategy is also a major challenge.

According to Gedda, about 2060, the earth will accommodate about 10 billion people, and these people are inevitably need to wear clothes. But at the same time, resources are limited. Therefore, the future of clothing may be divided into “beautiful” and most people can afford the “green” faction.
In addition to green raw materials, the brand in the use of electricity also made some effort. In 2015, 78% of H & M’s global operations were from renewable sources, and in 2016 the brand reached 96%.

“If we want to reach the 2030 goal, the short term may also need to invest in these more costly environmental materials, but with this increase in demand, prices will sooner or later decline in the long run, the face of this huge Goal, we also see the commercial interests of which one, “Gedda said.