According to the China-Australia FTA, tariff reductions for the third round of products were implemented on January 1, 2017. The tariff rates for some of China’s imports and exports were reduced again as promised in the FTA. 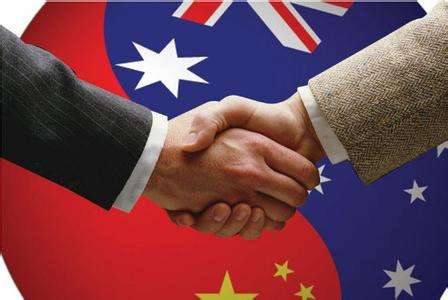 From the issue of the product, textile enterprises from the Sino-Australian free trade agreement to benefit the most. According to statistics, in 2016, the amount of visa imports of textile products accounted for a larger proportion of the total amount of visa.

On the export of goods on the Australian visa statistics found that: China-Australia FTA is positive for business, the amount of visa was explosive growth.

At present, China has signed 14 free trade agreements, involving 22 countries and regions, of which the China-Australia FTA is a wide area of coverage, involving greater trade volume of one of the countries.

In the trade of goods, the proportion of the tariffs and trade volume of zero tariffs will reach 100%, which is far more than 90% of the bilateral free trade agreement. China’s preferential development of free trade at all sides, to promote regional trade cooperation is a more realistic coping strategy, but also China’s current development of foreign trade urgent needs. The China-Australia FTA opens the door to communication and cooperation between the two countries.

It is precisely because of this bilateral free trade agreement, making the Australian parties to be more proactive to carry out trade with China, many Australian small and medium enterprises have to seize the Chinese market.

More and more Chinese enterprises choose to form a joint venture with the Australian enterprises, and thus promote the healthy development of bilateral economic and trade relations.